In 2008, Lisa Hannigan hit the road as the opener for Jason Mraz's U.S. and Canadian tour, and her debut solo effort, Sea Sew, was released in Ireland later that year, with an American release following in early 2009. The album went double platinum in Hannigan's homeland, where her whimsical folk-pop and hushed, soft-spoken vocal delivery appealed to critics and consumers alike.

She explored similar territory on her Joe Henry-produced, 2011 sophomore release, Passenger, which again drew accolades both at home and abroad. After touring for two years in support of the album, and a stint lending voicing the character Blue Diamond in the popular American animated television series Steven Universe, Hannigan experienced a lengthy bout of writer's block. She returned in 2016 with a new album, the evocative and more pop-oriented At Swim, which was produced by the National's Aaron Dessner.

In 2019 Hannigan released her first concert album, Live in Dublin, which was recorded at the National Concert Hall with the contemporary classical orchestra s t a r g a z e.

An ambitious live music venue in Ballycotton, East Cork, Sea Church is a multidisciplinary space housed in a fully refurbished Church of Ireland church. A spectacular building inside with a coastal location, Sea Church is a unique music venue for emerging talent to make their mark and for household names to break the rules.

With light streaming through its beautiful stained-glass windows behind the stage, Sea Church is tailor-made for live music. Natural church acoustics and an interior that makes for a looming atmosphere, the venue has certain wow factors for first-time punters. An intimate 120-person capacity, great sound and impressive lighting, the venue hopes to form part of the fabric of Irish music culture.

A beautiful venue can elevate a good gig and Sea Church is no different. A one-of-a-kind, intimate venue with a pristine sound system, Sea Church is an artist's playground and Cork's latest live music destination. With a high-end d&b audio system, full in-house DJ equipment, large outdoor terrace suitable for catering, as well as a full bar, Sea Church will play host to world-class acts.

Working with Coughlan's Live Promotions, their programme will invite some of Ireland's musical heavyweights as well as artists from all over the world come to play their most special shows. Sea Church is also a venue for new emerging artist's to launch EP's, albums and to showcase record label performances. 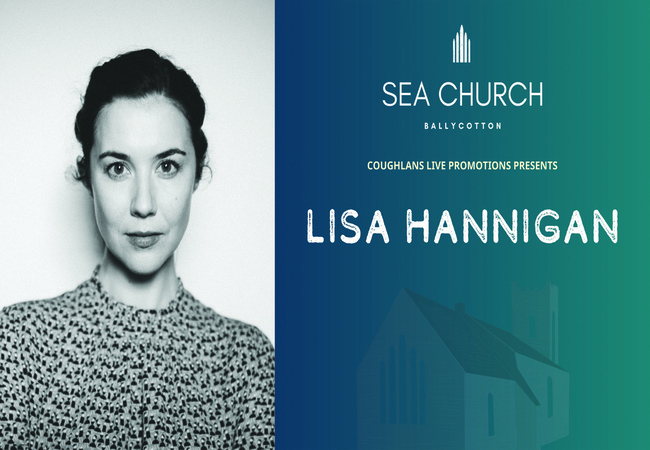