Aidan Greene: Did I Stutter?

Presented by The Lisa Richards Agency

Did I Sutter? Yes, I absolutely did. Quite badly actually. I'm award-winning comedian Aidan Greene and I have a stutter. Let's clear up misconceptions you may have about it: from The King's Speech to bad dates to ancient Nordic cures, this comedy show will break down everything you thought you knew about this sexy, silent disability (and teach you some things you definitely didn't want to know!).

As heard on The Moth Podcast, NPR, BBC Radio 4 and ABC Australia

"Aidan Greene clearly has a talent for comedy, and harnessing his gift has given him an authentic edge" ****  Deadline News 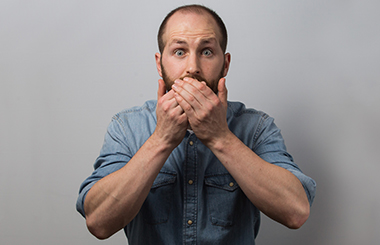